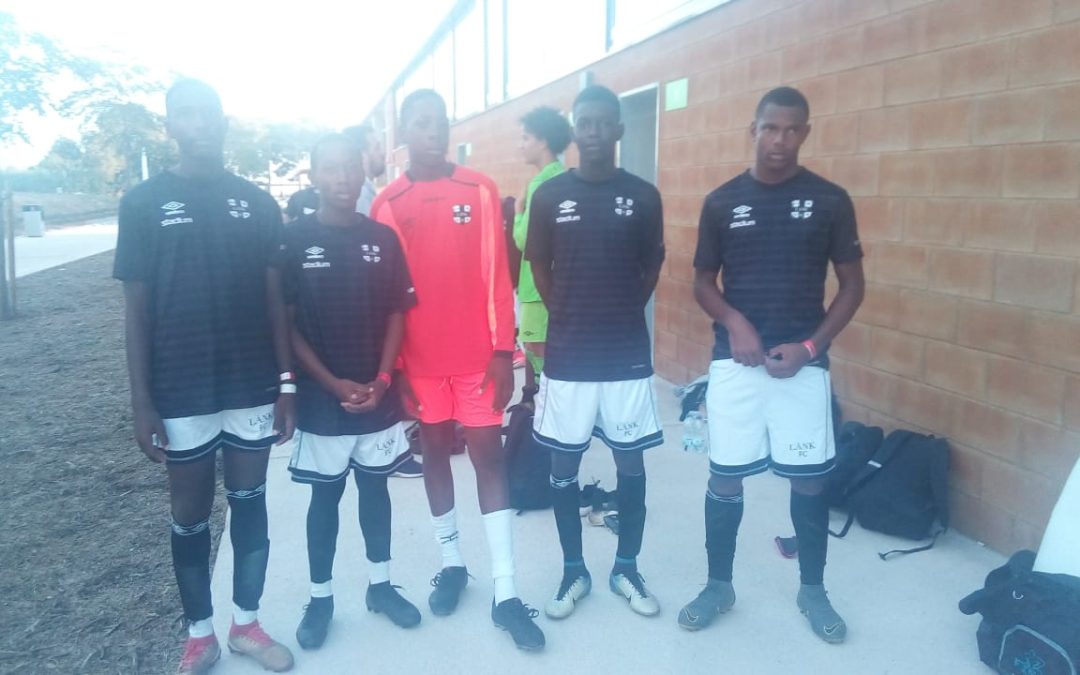 The second day of the tournament started at midday with our game against PAOK of Greece, who pushed back Lank FC from the opening whistle until the end of the 50 minutes encounter to win 3-0.

Having trained together for a 2-year period was obvious through their coordinated team play, speed on and off the ball, and quick ball movement . Beating our Lank FC team to crosses inside the penalty areas counted for both first half goals from either sides of the field.

Reorganizing of team tactics in the interval plus ringing the substitutions helped delay the flow of the opponents, but another rush midway the half ended in a third goal conceded. Our team returned to the resort for lunch, refocusing and rest before taking on Swedish club PBK at 4pm in game 3.

Game 3 versus FBK Swedish second Division club was even at the start but Lank FC exerted high pressure to bare down on their opponents. They created a breakthrough just before halftime, as both attacking midfielders combined after Molik Khan won the ball and passed to Allan Monyard (#10) outside the area to blast home, 1-0.

Second half early substitutions kept the high press effective as Jamaican sub, Justin Dunn (#13), finished crisply to convert from 14 yards after Issaih crossed down the right, 2-0. Tarick Ximines sent another searching pass from Central Defense, only to be blocked before Trinidad and Tobago’s Molik Khan (#8) scored his first of 2 late goals from distance to make it 4-0.

More substitutions came into the rotation, as a late header at the far post clinched a handsome 5-0 win. This victory will help put Lank FC back in contention for a top spot if securing wins in the next 2 games tomorrow morning.